Sala Montjuic : www.salamontjuic.org Set in the gardens of this historic castle, these summer events make a fantastic change and a great day, or just an evening, out from Sitges (around 42.0 km, 40 mins from Sitges)
Carretera de Montjuïc, Barcelona, Spain

Schedule Every Monday, Wednesday and Friday 20:30 from them. Admission: 5.00 euros Lounger: 3.00 euros * In case of suspensions for rain, not The organization’s return or enter or the rental of paid time to be lazy. In contrast, if the suspension is session for technical reasons, in another entry for the day will be worth it if the present locker ticket. FOR TICKETS SALES: 2.000 tickets available at the box office every day from 20:30 or sell them through ServiCaixa advance (tickets are limited ) * Limited ACCESS Venue: Montjuic Castle gardens, moat Santa Eulalia ? You can access by car, motorcycle, bike or cable car. ? Service of TMB launched in December of them towers of the Plaza de España from them 20:30 (Free integrated with rate BMR). Only when download is finished the movie role. 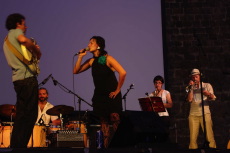 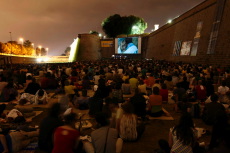 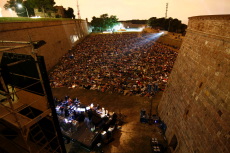 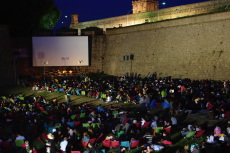 View Sala Montjuïc in a larger map around 42.0 km, 40 mins from Sitges