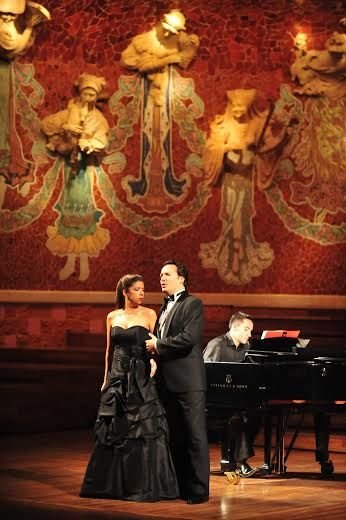 52 Strings is a chamber music formation unusual. Integrate two sopranos and a harp and interests ranging from the Renaissance to the music down.XX. The group was born during the last years of the Eastern Area erior Conservatory of Music Lyceum. In most academic classes and recitals for music that is more than a concert. Joining styles distant in time is possible and consistent thanks to the special atmosphere created between voice, two voices sometimes seem Monteverdi suggests that the melodies of Ireland most authentic and popular with Britten, Purcell passing more Excel.spectrum becomes a spectacle of three voices and three claws at the same time, where the characters sing it happen and harmony of the harp creates landscapes and scenes. They have given concerts in the auditorium Enric Granados de Lleida in the chamber at the Municipal Conservatory of Heather in the series “Sunday Concerts” and the forthcoming International Harp Festival Sentmenat.

The Camerata soloists 432 offer a rare version for string trio Dmitry Sitkovetsky due to the famous Bach’s Goldberg Variations. Three of the best solo string Catalonian time in our training room that brings together 432 musicians of the Camerata, a chamber orchestra born in 2009 in the framework of Schubertiada Vilabertran. Camerata consists of 432 musicians mostly born or resident in Catalonia, with extensive experience in chamber ensembles and orchestras. All of them have been trained in the best universities in Europe such as Berlin, Vienna, London, Amsterdam and Basel and has been part of the leading youth orchestras in Europe as JONDE the European Union Youth Orchestra and the Gustav Mahler Jugend Orchester. Currently there are regular soloist major national and international stages. Ensemble stands raise a new way of understanding music cambra.Les Goldberg Variations Variations Goldberg masterpiece of music history. Bach developed 30 variations of contrapuntal mastery magical aria from taking the initial bass line as a thread throughout the work. The Camerata soloists 432 offer a rare version for string trio of Bach’s famous Goldberg Variations.

Musical Youth Sitges starts on the 29th 38th Summer Concert Series. This year’s series gets the Quiet Corner as the main stage, returning to what had been the traditional summer concert space.

In the first concert, Sunday 29th at 22:30 Camerata Soloists 432 offer a rare version for string trio, due to Dmitry Sitkovetsky, the famous Bach’s Goldberg Variations. Three of the best solo string Catalonian time in our training room that brings together musicians of Camerata 432.

In the second proposal, on Friday 11 July at 22:30, 52 Strings, formation of unusual chamber music composed by two sopranos and a harp, shows his interests ranging from music of the Renaissance to s. XX. The program will present works from different periods with composers like Monteverdi, Purcell and Britten.

The last proposal cycle, the scene moves to the Gardens Casino Prado, at 22 hours, with a Gala Lyric with singers Paula Nogueira Assumpta Cumières Sergi Bellver and Eduardo Moreno.Renowned musicians who make the music of Verdi, Puccini, Wagner and Bernstein, among others, occur together in this concert that honours the best of opera and song lyrics in the history of music. 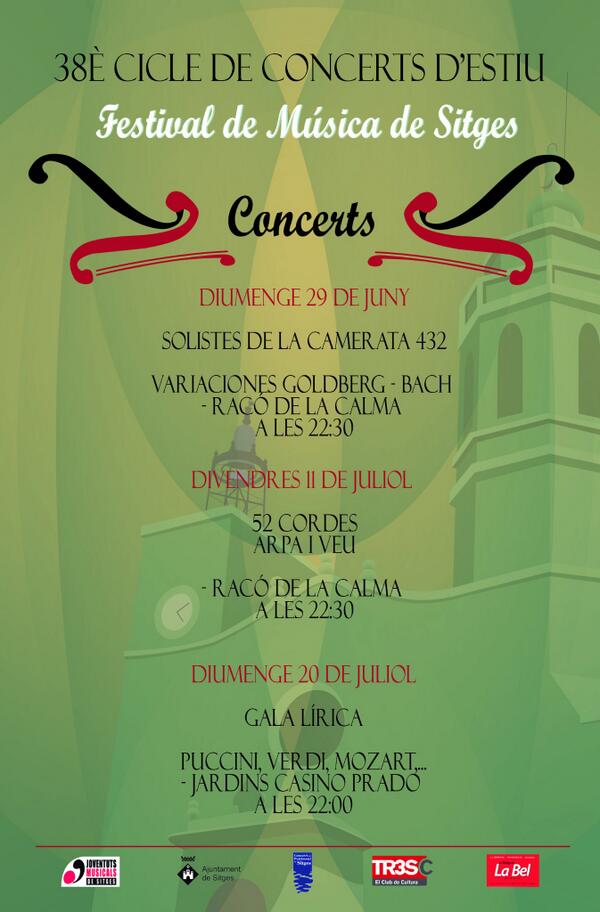